IN RESPONSE TO THE COMPLAINT MADE IN JUNE BY PRISONERS DEFENDERS…

In an incisive and in-depth report (20 pages and 72 cases of persecuted activists analyzed), 4 United Nations Special Rapporteurs (Freedom of Opinion and Expression, Peaceful and Association Meeting, Human Rights Defenders and Migrant Human Rights) denounce the “pattern of persecution against Cuban human rights defenders, journalists critical to the regime, or active in human rights issues, or activists by the Cuban authorities and other violations of their human rights.”

Prisoners Defenders recalls that the flagship of Aruba (Kingdom of the Netherlands), Aruba Airlines, would not be allowed to have more than 30% foreign capital, based on Ministerial Decree DL/121257-A & DL/1131-2012, of September 15, 2012. Nor could it have ever operated in the United States if it had Venezuelan majority shareholders, due to the Bilateral Agreement between Aruba and the United States, dated September 18, 1997, which specifies that the requirement is that the shares should be substantially of nationals of the Kingdom of the Netherlands. However, on June 16, 2013, Aruba Airlines declared its shareholding before the US Department of Transportation, in an official statement that is public, such as “90% held by Seastar Holding, NV, a company whose owner was Fuad Fadel”, a Venezuelan citizen. In those years the company was 90% Venezuelan, and normally operated in Aruba as Aruba Airlines, the airline “flagship” of Aruba, being able to continue being, according to its own statement to the US DOT, 90% Venezuelan. The other 10%, in the hands of a citizen, true industrial creator and entrepreneur of the company, Onno de Swart, was even later sold by him to Seastar Holding, NV, when with the death of Fuad Fadel, Seastar Holding was inherited, to everyone’s surprise and based on some supposed Venezuelan notarial documents, not by Fuad’s family, but to some “Venezuelan friends”, who quickly came into conflict with the company’s architect and entrepreneur, Onno de Swart, who took them to the courts. Therefore, the company could have been operating for years with Venezuelan capital, violating the regulations of the Kingdom of the Netherlands.

The UN has sent this complaint to the authorities of that country, as well as to the Aruba Airlines Company: “We inform you that a letter on the same matter has also been sent to the Government of the Kingdom of the Netherlands, and to the company Aruba Airlines.”

Cuba has not responded (consulted the publication on 3/112019 at 9:00 p.m. Madrid time), assuming with its lack of response what in the international legal system is called the tacit acceptance of the accusations, or “qui siluit quun loqui et decuit et protuit, consentire videtur”, that is, if he who can and should speak does not do so, it must be concluded that he consents.

The 4 rapporteurs make a warning and call to the Government of Cuba about the “threats carried out by the airline Aruba Airlines against Mr. Javier Larrondo Calafat, human rights defender and representative of the victims of the alleged actions mentioned.»

The United Nations letter is now published as a result of the Prisoners Defenders complaint in June 2019.

Prisoners Defenders, in the wake of the United Nations, exhorts Cuba to cease, as defined by the UN in its letter, the «harassment, threats and forced expatriations of human rights defenders, journalists and social and political activists in the framework of the 2013 immigration reform that, although eliminated the restriction of a special permit to travel abroad, reserves to the Cuban government broad discretionary powers to restrict the right to travel for reasons of «national defense and security» or «other reasons of public interest.» »

Prisoners Defenders, takes the opportunity to recall the previous United Nations statement denouncing the events and circumstances of the arrests of José Daniel Ferrer, Fernando González Vaillant, José Pupo Chaveco and Roilán Zárraga Ferrer, and exhorts Cuba to comply immediately with the explicit requirements of the United Nations on the case of José Daniel Ferrer, expressed by the High Commissioner for Human Rights in his letter of October 29, and consequently release José Daniel Ferrer, Roilán Zárraga Ferrer, José Pupo Chaveco and Fernando González Vaillant.

“We are grateful for the immense documentation work of the Special Procedures Team and the team of the United Nations High Commissioner for Human Rights in these cases. The United Nations aligns, based on crude realities, with the rapporteurship of the Inter-American Commission on Human Rights, the Organization of American States, Amnesty International, Freedom House, Civil Rights Defenders, Prisoners Defenders and many other entities, and even States, like the United States, which, all of them, know and denounce the alliances between Venezuela and Cuba, and how this country not only systematically violates human rights in its territory, but exports it to nations such as Venezuela, Nicaragua, Bolivia, the already belonging to the past Dilma Rousseff’ Brazil, and other states.”

“Cuba is creating a situation of cold war in Latin America with the support and sustain of the systematic violation of democracies and human rights, through the Sao Paulo Forum and the alliance with parties hordes of populist and anti-democratic parties, and even violent organizations, as the great ideological supporter of all of them and a provider of propaganda, international influence (recent appointment in the Human Rights Council of Venezuela, a mockery to the world’s System of Human Rights), changes in its own and foreign public health statistics,[1] , [2] when they have their people in slavery and in the most absolute misery.”

“We miss a leading actor in this public scene, the European Union. At Prisoners Defenders, an entity that declares itself deeply and convincingly European, and defends the Union and its principles based on human rights, we do not understand the EU’s distancing from reality that makes its foreign policy not to ally much more with the defenders of human rights in America regarding Cuba, such as the Inter-American Commission on Human Rights, the Organization of American States, and nations that are aware of the danger that Cuba represents for its entire region and its inhabitants.”

REQUEST FOR REPORTS: Entities wishing to receive the work of Cuban Prisoners Defenders (list of political prisoners and of conscience, legal studies of political prisoners, legal studies on Cuba, studies on repression and prisons in Cuba, etc) please contact Cuban Prisoners Defenders at info@prisonersdefenders.org or by whatsapp or phone at +34 647564741. Disambiguation: Prisoners Defenders generates its contents and reports in Spanish, and then translates them into other languages with the sole purpose of facilitating reading, but in case of any need for nuance or disambiguation, it will be the reports generated in Spanish that prevail and are official, unless explicitly stated otherwise.

[2] Press Clipping for Medical Missions’ Complaint on Cuba in the ICC: https://drive.google.com/open?id=1RHk4CEUXpYVssXxsENfkkiy5dqlveCX9 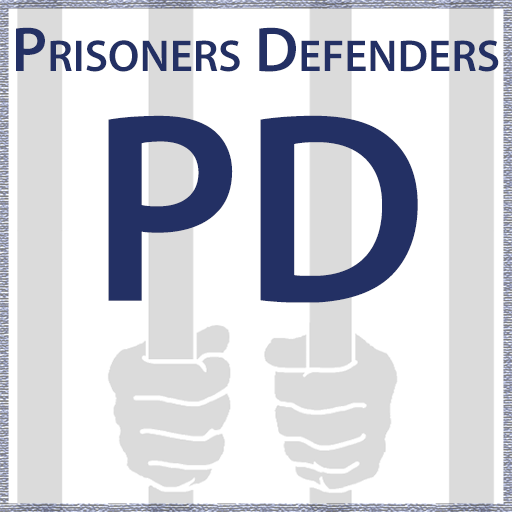 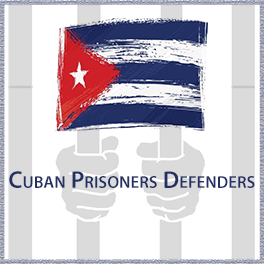